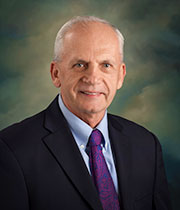 Mr. McCrary entered on duty as a Special Agent with the FBI on December 1, 1969. As an FBI Agent, he served in various investigative capacities throughout the United States. He has been associated with the National Center for the Analysis of Violent Crime (NCAVC) since its inception in 1985. At the FBI Academy in Quantico, Virginia, Agent McCrary analyzed crimes and crime scenes, constructed behavioral profiles of unknown offenders and provided threat analysis and dangerousness assessments. He conducted research regarding violent offenders and their crimes and continues to provide training in these matters throughout the world.

He has provided expert witness testimony in homicide and rape trials in North America and Europe and has testified before Select Senate Committees on Sexual Violence in New York State and Massachusetts. He has consulted on thousands of cases throughout North America, Central America, Europe and Asia and has provided consultation and training regarding violence-related issues to state, local, federal and international agencies. In 1993 he chaired and was the principal instructor for the First International Symposium on Criminal Investigative Analysis held in Vienna, Austria.

Mr. McCrary has authored numerous publications including “The Unknown Darkness, Profiling the Predators Among Us” with Katherine Ramsland and was a contributing author to the FBI’s Crime Classification Manual published in 1992 by Lexington Press. His work in violent crime has been highlighted in several television documentaries including The Mind of a Serial Killer produced by NOVA for the Public Broadcasting System. This documentary was nominated for an Emmy Award as the best documentary of the year in 1992. Noted British criminologist and author Colin Wilson dedicated his 1990 book, The Serial Killers, to Agent McCrary.

Since retiring from the FBI in 1995, Mr. McCrary has provided expert testimony in civil and criminal litigation both nationally and internationally. He also provides expert commentary on multiple national media platforms, including NBC, ABC, CBS, CNN, The Discovery Channel and A&E, among others. He appears as a guest on CNN’s Anderson Cooper 360 and other current event programs. Mr. McCrary is quoted frequently in magazines and newspapers throughout the world. He continues to give numerous presentations to professional organizations such as the Defense Research Institute (DRI) and the American Trial Lawyers Association (ATLA).

Mr. McCrary is an adjunct professor of forensic psychology at Nova Southeastern University in Ft. Lauderdale and at Marymount University in Arlington, Virginia.